Patch: Rossmoor Residents Were Overcharged Tax, Supervisor Foley SaysROSSMOOR, CA —After an increase in sales tax in the city of Los Alamitos, Rossmoor residents were up in arms about having to keep up with the 1.5 percent increase. This week, new Orange County Supervisor Katrina Foley provided Rossmoor Community Services District a clarification that the City of Los Alamitos sales tax rate does not apply to Rossmoor. 04/29/2021

Voice of OC: Newport Political Donor’s $13K Bid for Back Bay Park Land Stokes Opposition, Debate Over Who Gets Priority for Public Land in OCCampaign finance data shows Johns has been a donor to elected officials like former supervisor and current Republican Congresswoman Michelle Steel, who helped move forward with the process after Johns contacted her last year, according to county staff and Supervisor Katrina Foley, who got elected to the seat when Steel won a seat in Congress. 04/28/2021

Voice of OC: OC Deputy Sheriffs Get 5 Times More Training on Guns Than De-Escalation. Could That Be Changing? “I always support more training. You can’t go wrong with more training, for sure,” especially when it comes to mental health, Supervisor Katrina Foley told Voice of OC last week. “As we look at cases where people may not understand the law because of their mental competencies, we need to make sure” deputies are trained, she added.

Voice of OC: Orange County is Looking at Destroying Public Meeting Records After 2 Years. Will They Save Digital Copies?Katrina Foley, the newest county supervisor, told Voice of OC she supports archiving the records and will be asking county staff for answers on how to do so. 04/22/2021

Event News Enterprise: Rossmoor seeks outside advice on enhancing governmental powers Barke revealed the district met with new Second District Supervisor Katrina Foley and would keep her appraised as well so that if and when legislation does appear, the district would want her support as well. 04/22/2021

Voice of OC: From Outrage to Silence: Improper Recording of Attorney-Client Prisoner Calls in Orange County Goes Unmentioned as Jail Phones Contract is Renewed “This will become a priority for our office,” said Supervisor Katrina Foley, whose first board meeting was last week, told Voice of OC. Foley said her new chief of staff, who starts Monday, will dive into the contract and know which questions to ask. “We’ll make sure to shine some light on the matters people are concerned about,” Foley said. 04/19/2021

Daily Pilot: Orange County will not require a vaccine ‘passport’ following a backlash, officials say “I am concerned that we are allowing a small minority of individuals who have been calling our offices all day yesterday and that still started ringing this morning ... to dictate how we serve the community’s health,” Foley said.  04/14/2021

Voice of OC: OC’s Glitchy Vaccine App ‘Othena’ Quietly Gets Nearly $3 Million Increase Many commenters urged county supervisors not to sign the contract, while supervisors Andrew Do and Katrina Foley responded and said the board had no such contract up for a vote. That’s because county supervisors created a different process for Covid contracts, where the vast majority of agreements are approved by county staff with no official vote by supervisors. Such contracts were kept secret from the public for months until Voice of OC discovered the scale of the secret contracting in January and published a series of articles about it. 04/14/2021

Spectrum News: Orange County officials vow no vaccine mandates Supervisor Katrina Foley said she was "concerned we have a small minority of individuals who have been calling our offices all day yesterday," and that most of the county has either gotten inoculated or supports vaccines. When Foley asked Chau how secure the information in Othena is, Chau said it is stored in the Google cloud, which is the same place favored by the U.S. Department of Justice. 4/13/2021

New University (UCI Paper) Orange County Fair and Event Center Opens COVID-19 Vaccine Supersite: “This vaccination site here at the OC [fairgrounds] is going to be critical to helping us reduce the number of hospitalizations, reduce the number of positive cases and get us all back to living our best lives,” Orange County Second District Supervisor and former Costa Mesa Mayor Katrina Foley said at the conference. 04/13/2021

Coast Report Online: OC officials address online vaccine passport concerns According to Supervisor Katrina Foley, the state is currently considering allowing venues (for events such as concerts) to increase their capacity from 33% to 67%, if all attendees provide proof of either a negative COVID-19 test or vaccination. This further raises the question of how the state will regulate this, balancing public safety with privacy concerns posed by the app. 04/13/2021

Voice of OC: Will Orange County’s Vaccine Gaps Lead to Disproportionate Outbreaks Among Latinos? “Some people — they can’t afford to take off work to come to 8 to 5 hours. They need extended hours into evening times. We will be working on that,” said county Supervisor Katrina Foley at a news conference last week. 04/12/2021

Event-News Enterprise: Foley sworn in as 2nd District Supervisor Having won a special election to fill the remainder of Congresswoman Michelle Steel’s seat, Supervisor Katrina Foley has taken the oath of office for the 2nd District for the Orange County Board of Supervisors. 04/09/2021

KFI AM-640: OC's Latest COVID-19 Data: 248 New Cases, Drop in Hospitalizations Supervisor Katrina Foley, who represents the district that includes the fairgrounds, said plans are in the works to offer more flexible hours at the site “because some people cannot afford to take time off from work to go to a POD from 8 to 5.'' 04/05/2021

Daily Pilot: Let’s Be Kind Month begins in Costa Mesa and Newport Beach Cristina Robeck, chief operating officer of Let’s Be Kind and Rebekah’s mother, said the organization had a preexisting relationship with the Costa Mesa City Council through former Mayor Katrina Foley, whose children went to Costa Mesa High School. “We just asked her if she could introduce us to some donors and she did and from there came the proclamation. We were impacting so many schools in our city,” Robeck said. “We saw that it was going to impact the city as whole.” 04/04/2021 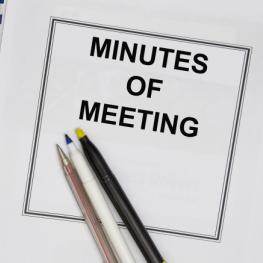 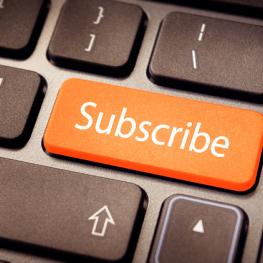 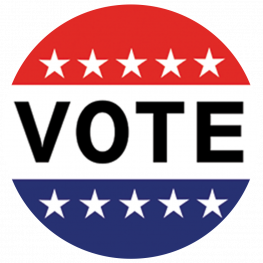